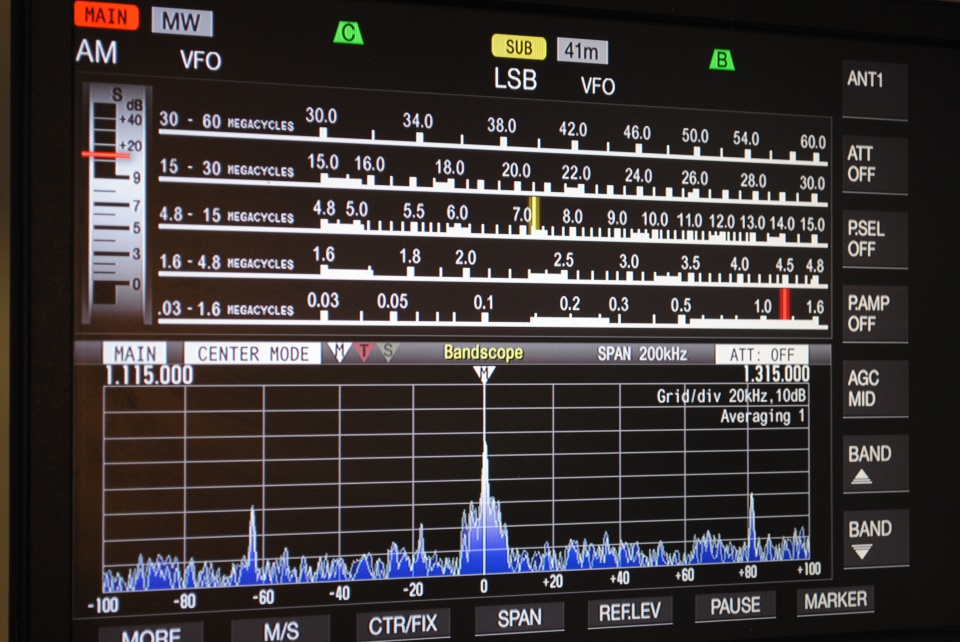 I finally took delivery of my TS990s in early January 2014 and it came with the latest firmware from the factory. First impressions, distilled into single words: massive, engineered, beautiful, functional, imposing, radio bling. But not a microphone in sight which I thought was pretty odd but they must have got their sums right, I would never had used a cheap mic on this wonderful radio anyway since I use a stick mic on a table boom (Heil Goldline) but it would have been good to check without making up a cable. 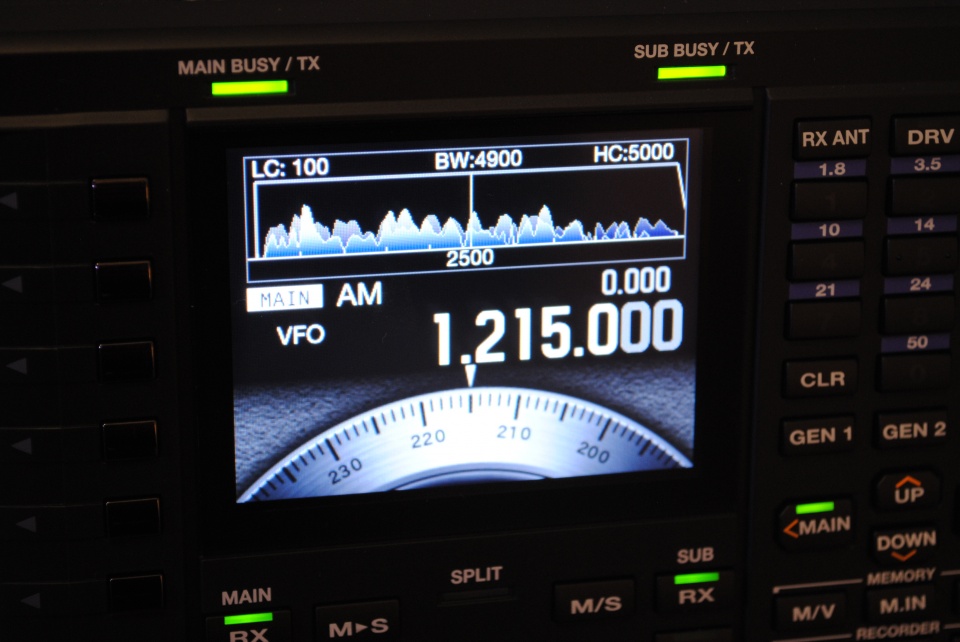 Everything about this rig is solid. My expectations had been managed by all the articles that I’ve read on the internet about the radio and I double checked the radio when I compared both the FTdx5000MP and the TS-990s at the RSGB convention in late 2013. For me, the TS-990s was the winner, although more expensive. The main reason for switching my allegiance from Yaesu was the size (I like very large radios), the in-built monitor and scope function, and particularly the fact that a single USB cable connects the rig to my WIndows 7 PC, effectively de-cluttering my MK2R+ SO2R system. I was fed up with all the wires everywhere.

Initially, I connected the rig to my 40m loop, a full wave triangle in the garden at about 20 feet. It took a few days to build my confidence but I heard some stations working UBA contest and made a few fast contacts. James (M0YOM) came around and we played with the roofing filters. I set up three main parameters, wide, intermediate and very sharp. Together with the width and shift, these seemed extremely effective in dialing out close QRM. There appeared to be no overload with close-too stations.

Hooking up to Ham Radio Deluxe was a breeze, however like all things on the TS990s, the definition of a breeze is sitting for two hours and a cup of coffee thumbing the manual and cross referencing many chapters. Finally PSK31, PTT and the rest of the regular rig-controls were working. HRD doesn’t support the TS-990s natively, however selecting the TS-590 does. 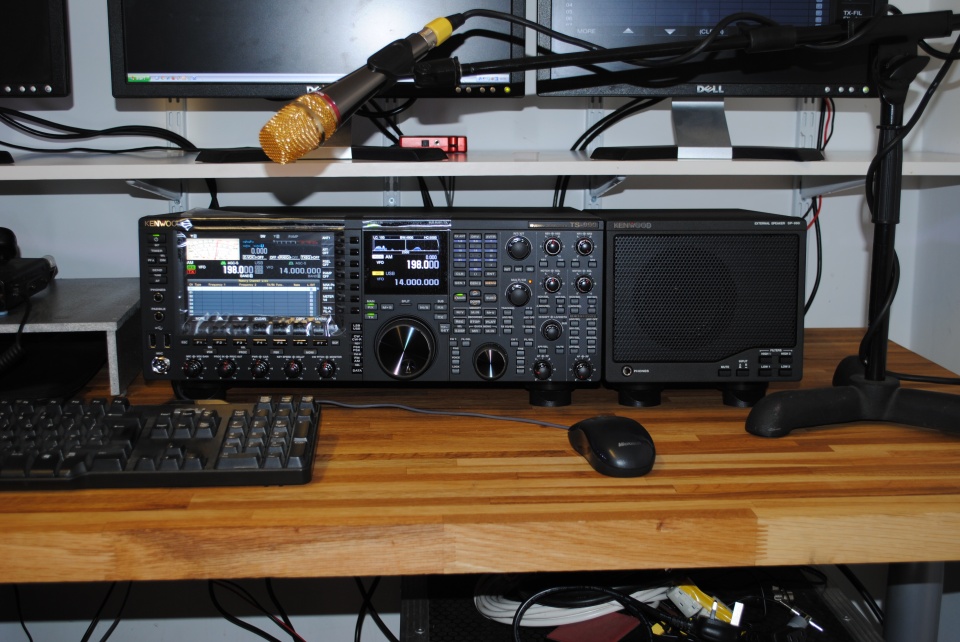 I really thought I needed a new rig because I like to use my radio in the evening which means mostly 40m and 80m. These bands can be pretty tight, especially when there are contests on. My FT-1000MP used to have a hard time copying a weak station when I was tucked up right next to a loud one. The numbers suggested that I’d have a heck of an easier time with this radio.

Tonight, I used her in anger for the first time in the RSGB 80m SSB Club Championships on 80m. a few hundred stations crammed into a hundred kilohertz or so. I was genuinely blown away when I really did copy and make exchanges with very quiet stations whilst I was just 1kHz down from the next guy. Yes there is QRM still but nothing like I have been used to. No overload or crunching groans this time. I used the very tight roofing filter and dialed in about 1600 hz on the bandwidth and happily conversed. This is truly a remarkable rig.

My thanks to Martin and the crew at Martin Lynch Ham Radio for supplying and making sure I got a great deal with the SP990 speaker, thrown in for free.

Full reviews are available on the internet so I won’t give you all the numbers and features suffice to say, it really does do what it says on the tin; 200w output, on-board PSK and FSK decode and 300 pages of more stuff than you could probably ever digest.