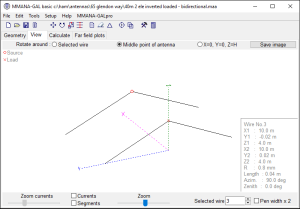 In its simplest form, depending on how you tune the parasitic wire element, it will either act as a director or a reflector. If you make it smaller than the dipole, it will act as a director and the RF will start at the dipole and will tend to be skewed towards the smaller element. Make it bigger and it will act like a reflector and the RF will go in the other direction.

I plan on making mine smaller and add a relay to switch in a small coil with the inductance of about 2 microhenries (that around 7 turns across a 2 inch plastic pipe about 2 inches long). This way, the yagi will either fire one way – or the other way.

Add another switch to cut the passive element in half and your single inverted V dipole will spring back to life. 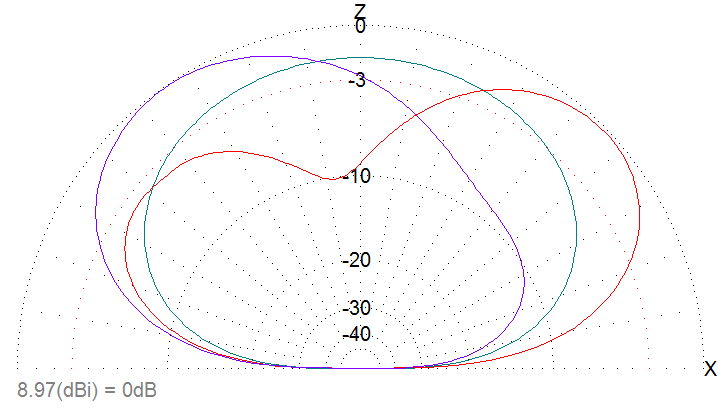 Gain is impressive enough. At a 5 degree take-off angle you will achieve just over 4 db of extra gain over the single dipole and at 45 degrees or so, you will improve your 500 mile signal impressively.

If you are thinking that 4 db isn’t much, consider that’s like doubling your power (and a wee bit) and also having a receiver that’s now got twice the signal coming in (with some front-to-back as well).