A new document fully documenting the design of the Banana Antenna has now been released entitled, “Banana, a Half Wave End-Fed Choked Coax Antenna”. 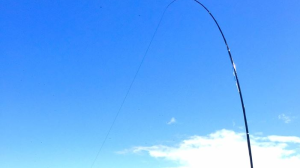 Antenna can be known as – and is similar to:

The Sleeve dipole has traditionally been used by VHF antenna designers by sliding an external metal sleeve over the coax and connecting the sleeve to the braid of the coax so that the antenna appears to be centre-fed with an outboard “sleeve”. Some commercial CB antennas are also made this way.

The first time that I can find any mention of an end-fed Resonant Feed-line Dipole was an article written by James Taylor (W2OZH) in the August 1991 edition of QST entitled the “Resonant Feed-line Dipole”. He discusses the idea of using the coax itself as both part of transmission line – and a resonant element. Again, it apparently behaves like a centre-fed dipole – and extremely similar to the Sleeve antenna mentioned above. Various aerial builders have made this antenna, mostly with variable – or in most cases, poor results.

CB folks call this type of antenna the T2LT. This terminology appears to be from a German Patent by Prof F. Fischer (Patent Number 733697) from 1939 who apparently mentions “Die T2LT”. But the patent surrounds only the use of a tuned choke which has a capacitor across the choke for tuning, not the actual antenna. The term T2LT is perhaps a misnomer.