Recently, I created a slightly loaded 40m vertical with 25 ground radials. It seems to work very well although the receive noise is pretty lousy compared to my loops and dipoles, however on transmit, it does seem to work as planned; a typical 1/4 wave pattern that outperforms regular dipoles at low angles of radiation. 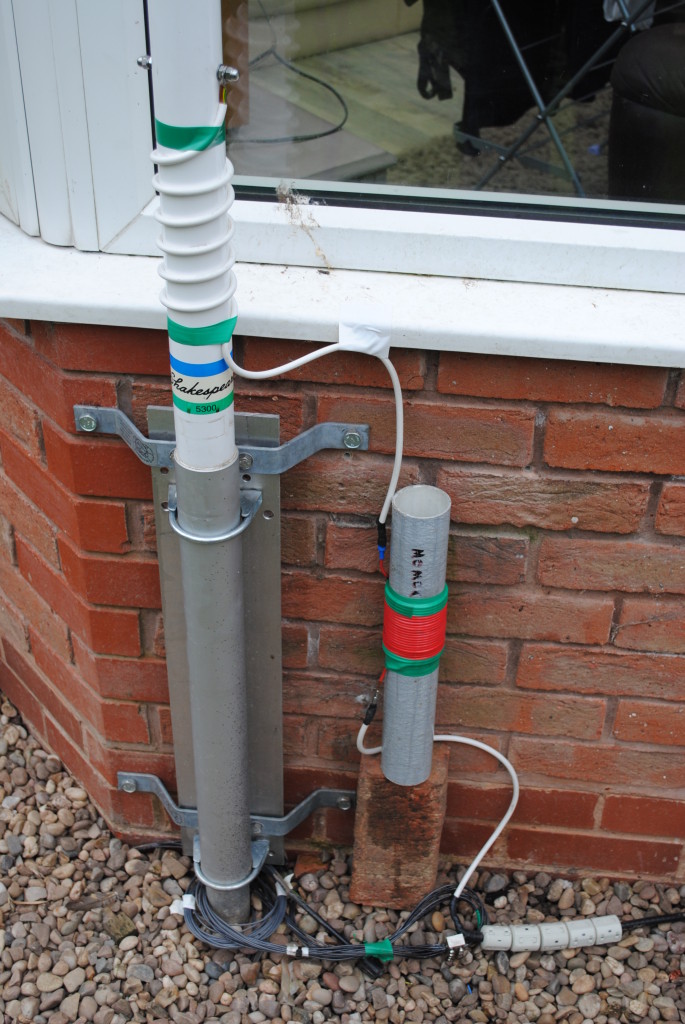 Be aware that this means signals up to 1,500 miles or so will still be better, even on a fairly low dipole (say an inverted V at 20 to 30 feet or so). This is because most relatively local signals will arrive at 20 to 35 degrees. Only DX will be better on the vertical. BUT because the noise levels are normally pretty bad (certainly in built-up areas) you may find the DX will sound better on a traditional cheap dipole or loop but your transmit should be better.

Here’s the article: How to make a loaded 40m vertical.

For ground mounted radials, see here: How to install ground radials in your garden.

To convert your 40m vertical to run on say 80m or 75m, you just need to add a loading coil. The only problem will be that your SWR curve will be very narrow, so pick exactly where you want to tune the coil, or take a number of taps off the coil so that you can run say 3.79 for DX and 3.580 for digital (for instance).

For me, I wound some spare heavy gauge insulated copper wire around a spare piece of fibreglass tubing and adjusted the number of turns on your coil to suit. In my case, I ended up with 23 turns which gives me a 1.7:1 SWR at 3.580Mhz. I used a couple of snap motor connectors to switch in and out the coil.

Frankly, I haven’t had much of a result – but it’s fun trying.