Some operators mistake what is actually their inadequate receiver circuits as “splatter”. Genuine splatter that causes annoying interference on the band is very rare. What is more regular is operators assuming that the products they are hearing is splatter. It’s probably not. 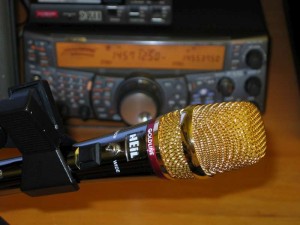 For years, I ran an FT1000MP at home and I would curse under my breath, those stations that slid up to me in a contest, just a kHz away and started calling CQ, particularly the 80m activity nights. I would hear that typical crackle and scratching sound which was louder than the station I was in QSO with. I would bail-out and find another frequency. I couldn’t believe these stations had the staying power to stick next to me since clearly they would be receiving the same crackle from me – as I did from them. Or did they? Something was odd.

Wind back to CQ WPX 2009. I borrowed an Elecraft K3 and recall sitting at 3.798.50, with a strong Russian station half a kHz up and a strong German station, half a kHz below. I was running a string of US stations and although I could hear the crackle and pop of a close station, it was nothing compared to the old days with my FT1Kmp. What I was learning is that high quality radios (K3, Flex 5k, TS-990S etc had the benefit of fantastic roofing filters and modern receiver design with superb skirts. I finally worked out that the so-called splatter that I was receiving from stations on my FT1000MP, was actually my receiver caving in. Woops.

Blaming your Receiver Overload on the opposition

Have you ever been operating on say 40m or 80m and all of a sudden, the signal meter drifts, the radio goes deaf temporarily before coming back to life. I hadn’t noticed it particularly until I took my standby Kenwood TS-2000 out of the closet for the Wythall Club event 2013, SSB Field Day. It turns out that the rig was almost unusable on a very busy 40m band because the receiver is so wide, the roofing filter so inadequate that strong stations up to 20 kHz away from us, would fold the roofing filter in half and the RX would just shut down, waiting for the AGC to recover. I’m sure there a much better technical reason for this but strictly as an antenna man, I don’t think I’m qualified to describe the intricacies of receiver design, suffice to say that high-end receivers don’t do this.

Unfortunately, without sitting down with two radios, a high-end rig with say a band-scope and one budget radio that suffers from these issue and comparing both and seeing the actual intermods on the aid, most operators will only believe that strong stations are splattering. It’s not the case.

.. let’s look at an example. Our receiver is tuned to a signal on 1000 kHz but there are also two strong signals, f1 on 1020 kHz and f2 on 1040 kHz. The nearest of these (f1) is 20 kHz away and our sharp intermediate frequency (IF) stage filter of 2.5 kHz bandwidth is quite capable of rejecting this signal. However, the RF stages before the mixer are not so selective and the two signals f1 and f2 are seen at the mixer input, free to produce intermodulation components at will. Now work out the third order intermodulation component (2f1-f2) and we get (2x 1020-1040) = 1000 kHz, right on our signal frequency. This is just one example of how intermodulation components or out-of-band signals can cause interference within the working band.