I needed to get an antenna higher for the kids computer room but a quarter wave vertical didn’t seem to have the gain I wanted, in fact from the kids room I couldn’t even see the network. I hunted for a Pringle can to make a “Can-Tenna” (see https://www.m0mcx.co.uk/?p=17) but apparently we were out of stock(!). A small yagi was the answer: 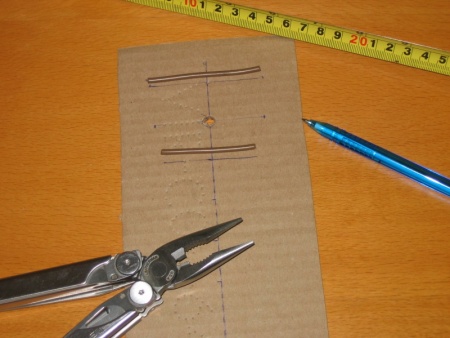 A good test but don’t be fooled. The standard 5/8th antenna shipped with most routers are probably just as good. This yagi needs to be a 5 or maybe 8 element to work better.

I also built a quarter wave last night directly from Westflex W-103, no other components – and although it compared well to the shipped vertical, it only started to match the retail antenna when I gave it some height. Another good (but failed!) experiment!