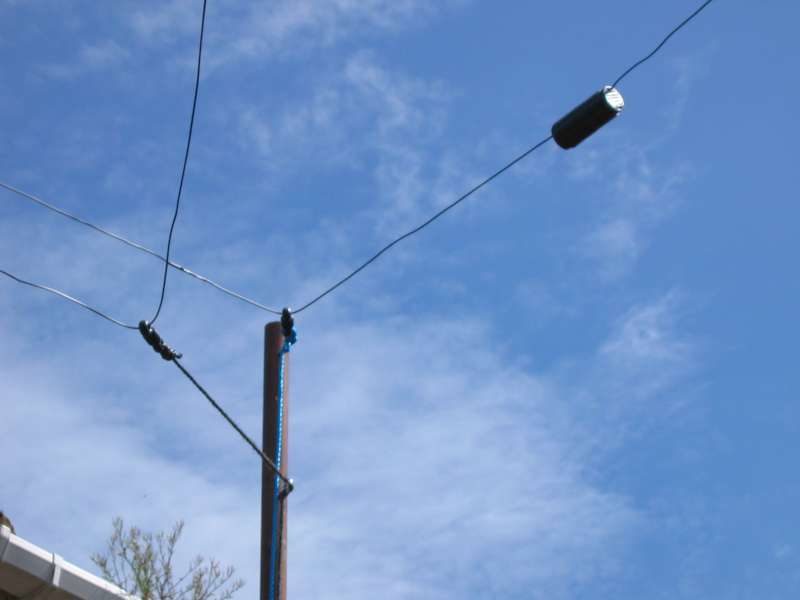 I’ve been an addict of full wave (and partial wave) loops since realising many years ago that in comparison to a dipole, you get more bang for your buck if you build a loop – certainly you get more copper in the air – and loops are resonant on EVERY harmonic so a 40m loop will be resonant on 20, 15m and 10m. A multi-band antenna for peanuts. They will receive better too, so for a housing estate, these are mandatory.

When I first started out with this hobby, I had a half-sized G5RV and I genuinely thought that I’d never get onto the 80 meter band. Within 18 months, I had worked out that you can build a loop of a wavelength in circumference (give or take a percent or so) and feed it directly with coax (and a 4:1 balun). Even better was the idea of putting loading coils in each corner of a square loop and you could lower the resonant frequency by a substantial amount.

Before getting on 80m though, I built my phase-one 40m loop which worked great and I was happy on 40, 20, 15 and 10m. A year later, I started phase-two. I cut a 6 foot section of wire out of the loop, half-way around the 40m loop as a daring experiment to give me a halo dipole for 80m. It worked! Band-changing from 80m to 40m was a nightmare though; out to the garden, lower the loop, connect the ends (or disconnect them!) and hoist the loop back up. Ugh!

Phase three was putting up a second loop; a dedicated 80m antenna. This had 4 x 2 inch coils in each corner of the loop with 30 turns of 1mm wire and I stretched the loop all around the garden and even inside the attic to make the loop as big as I could. I estimate this was around 60m in circumference. This delivered not far off 50 ohms load down at the shack via a 4:1 balun at the feedpoint. Impedances of loops vary with frequency and height above ground but if you build a loop with a 4:1 balun and coax to the shack, you shouldn’t be far away from what you want. 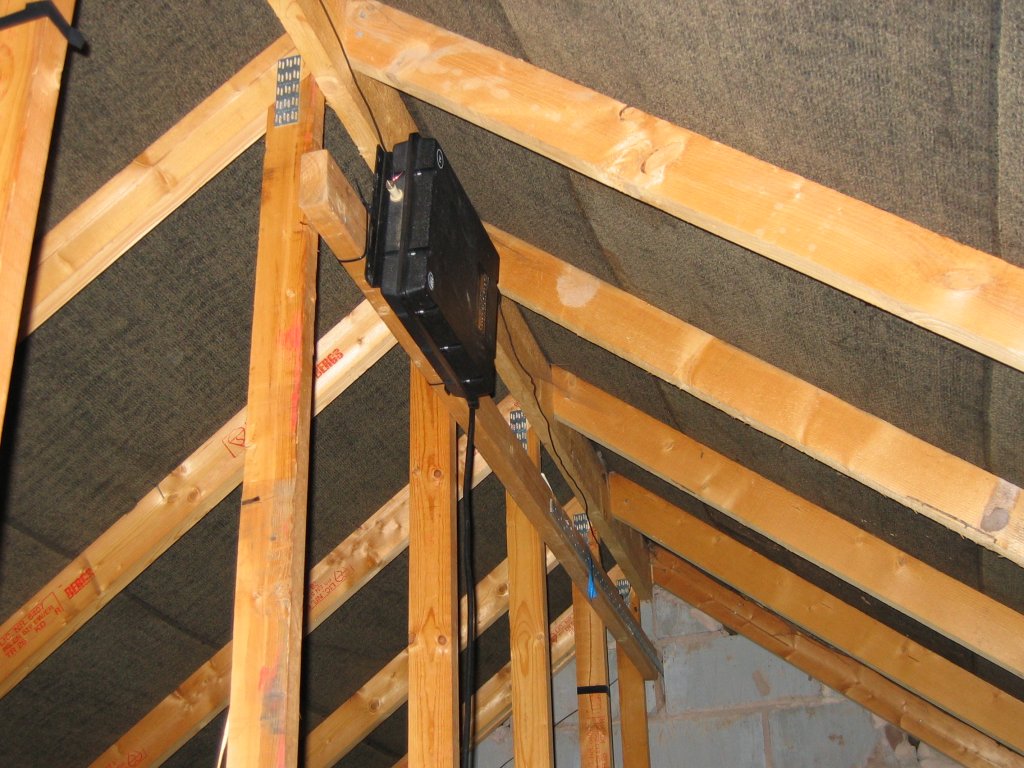 The picture shows a picture of the loft with an experimental SG230 ATU at the 80m feedpoint to convert it an all-band antenna. This gave me top band too.

What ever your requirement, give yourself a little project and try a loop.You know it makes sense

- Footnote: 40m and 80m skyloops for your back garden