In 2006, GB7HQ was actually GB5HQ. It was changed due to concerns by the CW crews that too many errors were creeping in due to misheard calls.

I originally wrote this article in 2006. It was published in the CDXC magazine in the same year. I’ve just remembered that I never published it here. 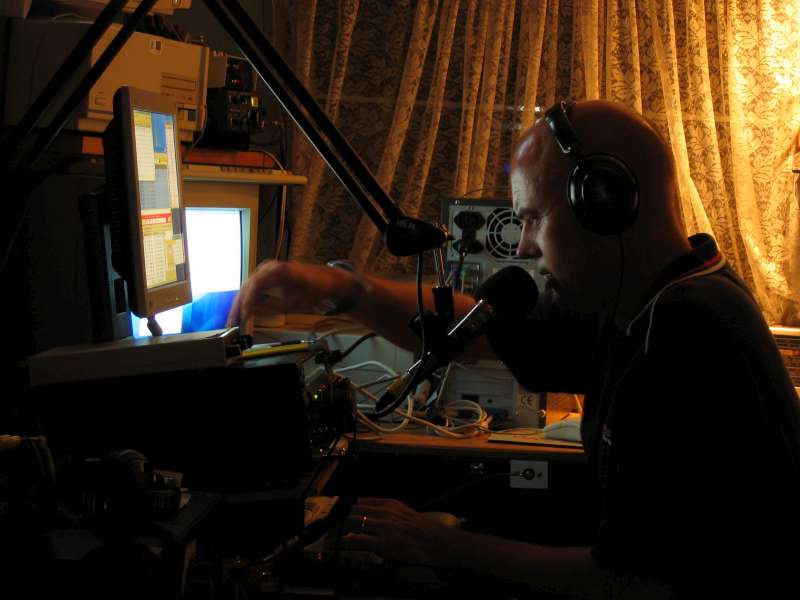 I am still pinching myself having operated the “beacon” station, 80m SSB as GB5HQ for my country along with Lee (G0MTN) and Fraser (G4BJM). Operating GB5HQ was the highest highlight of my hobby career yet. It inspired me to dig deeper and to discover more about myself and it certainly gave me the chance to stay awake for 24 hours!

END_OF_DOCUMENT_TOKEN_TO_BE_REPLACED

Dear Mum and Dad,
Ted, the Scout Leader told us to email you now from the village in case you saw the flood on the TV and were worried. We are okay! Only one of our tents and 2 sleeping bags got washed away. Luckily, none of us got drowned because we were all up on the mountain looking for Adam when it happened.

Ted asks you to call Adam’s mother to tell her he is okay. He can’t use a computer because of the cast. I got to ride in one of the search and rescue jeeps. It was great! We never would have found Adam in the dark if it hadn’t been for the lightning. Ted was really mad at Adam for going on a hike alone without telling anyone. Adam said he did tell him, but it was when Ted was dancing around the fire with his beer so he probably didn’t hear him. Did you know that if you put gas on a fire, the gas will blow up? It’s amazing. Ted showed us after we tried his malt drink. He calls it fire-water. We discovered that wet wood doesn’t burn, but the tents do and also some of our clothes! I can tell you, Matthew is going to look really funny until his hair grows back.

We will be home on Saturday if Ted gets the minibus fixed. It wasn’t his fault about the crash, the brakes worked okay when we left. Ted said that with a bus that old, you have to expect something to break down. We think it’s a cool bus though and he doesn’t care if we get it dirty either. When it’s hot, he lets us ride on the bonnet! And it’s pretty hot with 24 people in a bus made for 18. He did let us take turns riding in the trailer until the traffic policeman stopped us and talked to Ted.

This morning we were all diving off rocks into the pool by the trees near the rapids. Ted wouldn’t let me because I can’t swim, and Adam was afraid he would sink because of his cast (it’s concrete because we didn’t have any plaster), so he let us take the canoe out instead… It was great fun. You can still see some of the trees under the water from the flood. Ted isn’t fussy like some of the Beaver Leaders we used to have. He didn’t even get mad about the life jackets. He spends most of his time clearing up the bottles and lying in the bus.

Guess what? We have all passed our first aid badges. When Andrew dived into the lake and cut his arm, we got to see how a tourniquet works! Steven and I threw up, but Ted said it probably was just food poisoning from the left-over chicken. He said they got sick that way with food they ate in prison. I’m so glad he got out and became our Scout Leader. By the way, what is a pedal-file?

I have to go now since we’re going to buy some more beer, rizzlas and air pellets then head back to camp!