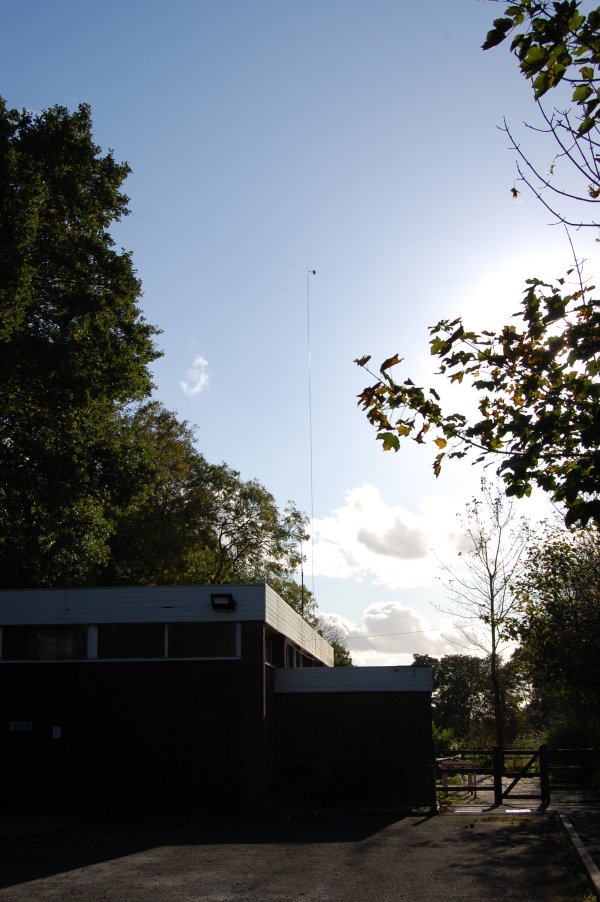 107 in the log. I’ve no idea what my score was since I used N1MM’s DX Serial Contest template to do the logging and the miscellaneous field for logging random text did a hopeless job of being able to edit long club names efficiently.

The last time I entered this contest, my log was called into question when the adjudicator asked me to clarify what I meant by the club station “Reading”. It transpired that there was only one radio club in Reading anyway. I vowed not to do this again but I’m back.

This year, I had the added luck of G3WZT CQing 1.7kHz up from my run frequency of 1.903 MHz on the off at 8:00pm. Yes, I had been talking to James for about an hour prior to the off and yes, of course he would have noticed me there – but his deep concern for our predicament was (to use his words) “tough luck”. John, thanks a lot, 1967 RAE passes were obviously excellent vintages. I’ll endeavour to remember you next time and offer you my run frequency quicker than you can say, “I’m a G3 and I certainly act like one”. I wonder if you behaved like that in 1967 when you had a fresh RAE pass in your pocket and a 12wpm ticket?

Luckily for me, the scout hut was warmish during the event so I wasn’t doing my normal teeth chattering. I took a 20 minute phone at 10:00pm from Wendy which gave me a break but I missed a few because of it and then S&P’d for a while. I notice that there were actually very few clubs playing which was strange. I would have thought this would be more popular. EI and DL stations were playing too, giving Non Member reports bar one DL who gave his full radio club, bless. I wrote Non Member in my log but didn’t tell him so not to cause any upset!

Absolutely nothing wrong with the antenna; 174 metre equilateral triangle at 85 feet fed with 4:1 balun and coax in one corner. It had good ears. Only three stations I gave up with and two of them were in mainland EU; a PA and a DL. M3s (and M6s) were heard well on their 10w. I notice last year’s top score made 130 Qs which was a reasonable benchmark so I’m fairly pleased with 107 bearing in mind the proximity to “John the G3″ and that I had to take Wendy’s important call at 10:00pm. I could only make more if I was either slightly more lucky with the G3s – or played more seriously with SO2V.

Will I do this contest again? Well, I’m not used to a) the quality of operating (come on, it was a bit geriatric) and b) I’m not that keen on the rules. Even just logging the Town would do justice to copying something interesting and different, but logging “Wensleydale Cheesmakers Transmitting and Electronics Amateur Radio Society” is a bit of a mouthfull. In light of the fact that this contest is apparently a route to getting newbies interested in contesting, forget it. Committee, do yourself a favour and get into my head. I have M3s that want to operate. Give them something they can do and build their copying (and confidence) skills, not drown them with difficult reports under heavy QRM.

Anyway, Sunday’s Remembrance Parade was fabulous. I was back to Front Rank Drummer again after all these years. Great!