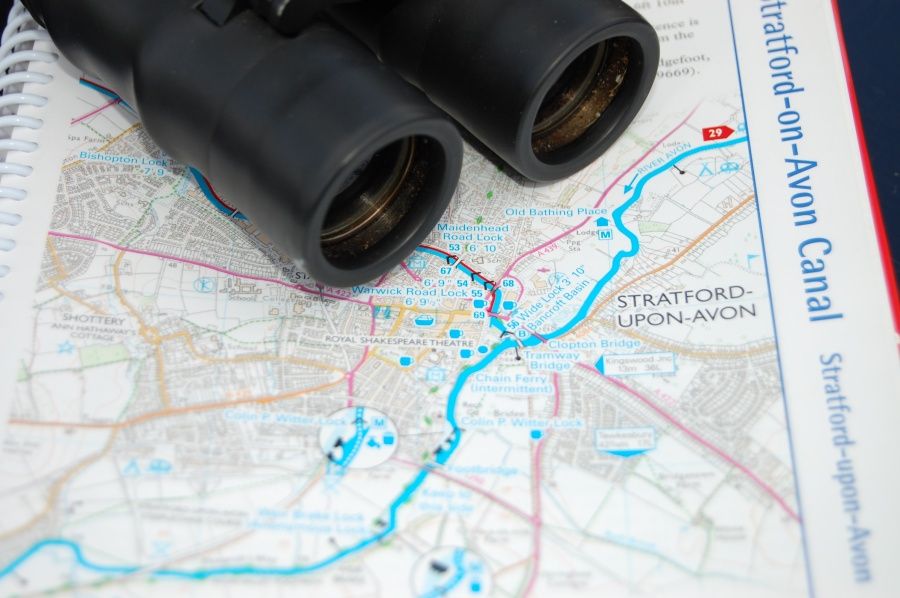 With the kids having a couple of weeks off, we thought up a new trip and ventured from Calcutts to Stratford. We didn’t make it all the way back and have dropped the boat down by Knowle locks for a few days whilst I work out when I’m going to take it “home”.

The weather was pretty kind to us, managing to rain mostly at night. When the sun did come out, we had fluffy white clouds and large gaps of blue sky. A very English weather for a very English part of the countryside. It must have been relatively sunny since I’ve clearly caught the sun on my face. I have a healthy glow without the radiation treatment that they get “down under” when exposing bare skin to sunshine.

We managed to squeeze in three main meals at three different well-known canal pubs in the first three days of the tip. All come recommended; The Waterman at the top of the Hatton Flight, the Boot at Lapworth and ther Fleur de Lys at Lowsonford. Actually, it all gets mixed up here because one day I managed to squeeze in 6 pints of Guiness spread across two pubs and for the life of me, I can’t remember which one and which day! Yes, I remember now.. the Boot for lunch and the Fleur de Lys for dinner. Thirsty work being a narrowboat driver. We were also lucky to meet Mike and Jackie again on the Narrowboat Wordsworth. A cracking couple and we love them to bits!

Although this trip is full of locks and I counted nearly 75 just to get there, it didn’t seem too bad, although Wendy’s elbow seems to flare up on the really big days. Stratford locks are tough for little ones too. You would expect them to be soft like the Oxford but someone forgot to grease the lot for the last 100 years. I was hauled off a number of times to lend a hand and my woolly mammoth strength to the padddles – or the gates. However a very pleasant journey all the same. I did find the Stratford canal locks tighter than the Oxford too. They are certainly a whisker smaller and a couple of times, I nearly got stuck. I’m in need of a bit of paint now since the rubbing strakes are down to Jonathon Wilson’s bare steel (sorry Pal!). 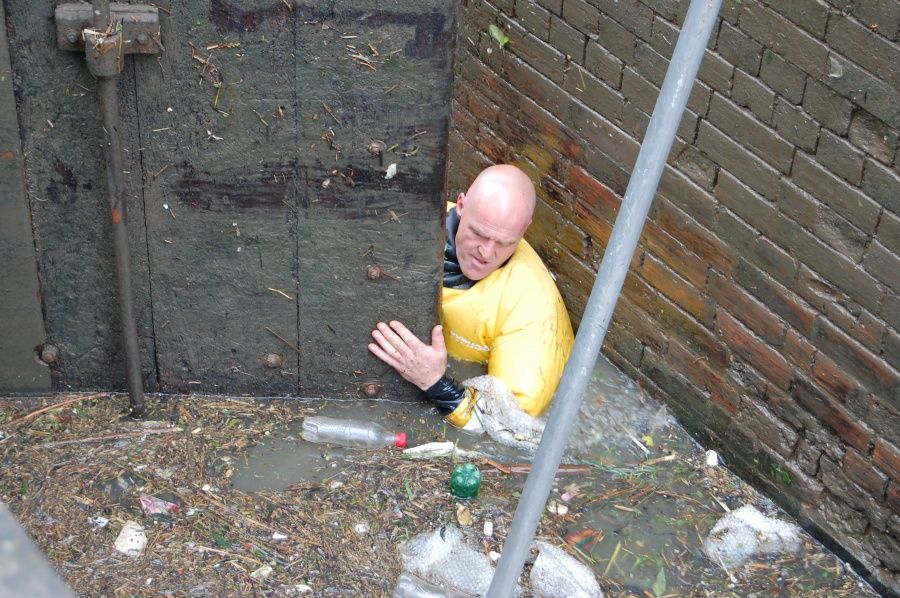 We had one incident with the last lock gate on the last lock on the Stratford. The bloody gate wouldn’t close completely. I sat there in the boat waiting for Wendy to open the gate and nothing. I shouted across the pound what was the problem. She just said it filling slowly. Clearly there was an issue though since it just wouldn’t fill and when I decided to pull over, I was grounding – an indication that we’d nearly emptied the damned pound! A good old-fashioned leap from me and I was on dry land, investigating the issue. Yes, the last lock gate was jammed open and water was pouring through it. We’d never be able to fill the lock, it was like trying to run a bath with the plug out. A bystander came up with the idea of flushing the lock. In other words, try and fill it but with the front gate wide open for a few seconds. That might shift what ever it was. We tried this and then I realised out boat was worse off, sitting at an angle dry land almost, with the keel exposed – I could even see the propeller!

After a bit of hydromatics (new word, I just made it up!), we agreed to call British Waterways and they turned up fairly rapidly to see what they could do. A longer wait and mega-man Ian turns up. Blimey, he’s a strapping bloke this Ian! Massive. He ends up in the drink with his dry suit on and finds a log jamming the gate. Eventually we’re on our way again.

So, after three days in Stratford, moored next to Mike and Jackie – and having dinner with Marcus and Tracey and the following night with John and Lutty, we untied and went on our way. However not only had my mascot duck been kidnapped (which is rather funny and I got it back) we had to endure a bloody racket from some Univerity students who had drunk far too much. They were still dancing on the roof at 4:30am in the morning. One even went to sleep up there. We followed them home for a while back up the lock system. They were still partying!

Just before leaving on Sunday, we managed to grab a quick pump-out, fill with water and cruised up the Avon for 20 minutes. Finally at about 2:00pm, we made our way through the first dozen or so locks, leaving us with one big push on Easter Monday where we managed to get all the way to Knowle locks.

In terms of engineering issues this trip, the bloody toilet seems to get stuck on every second flush or so. I’ve no idea why. I did find some wire shoved up the kitchen sink drain-away pipe, there was some plastic bag ties pushed hard up the pipe. I’m wondering if the breather pipe for the black water system might have been tampered with too which means that maybe the tank gets put under pressure and it doesn’t want to accept any more debris until the system has equalised. I have just thought that first flush of the day normally works. I think I’m on to something here. I’ll work out a way of checking this.

There’s still an odour from the master bedroom. This is where we had the leak last year. It dried out but still causes this stale smell. I wonder how long it will keep up?

I want a battery management information system. I have little idea about power consumption because I don’t have a power meter. Victron Energy do a really cool meter called a BMV-600 with is just ideal. It has a programable relay so there’s some interesting thoughts working in my head about starting the engine automatically if the house batteries start to run dry. Watch this space.

A genuine M2 station with some new RX filters, we ran high power with two radios and even let the young Scouts run the 15m and 10m station.